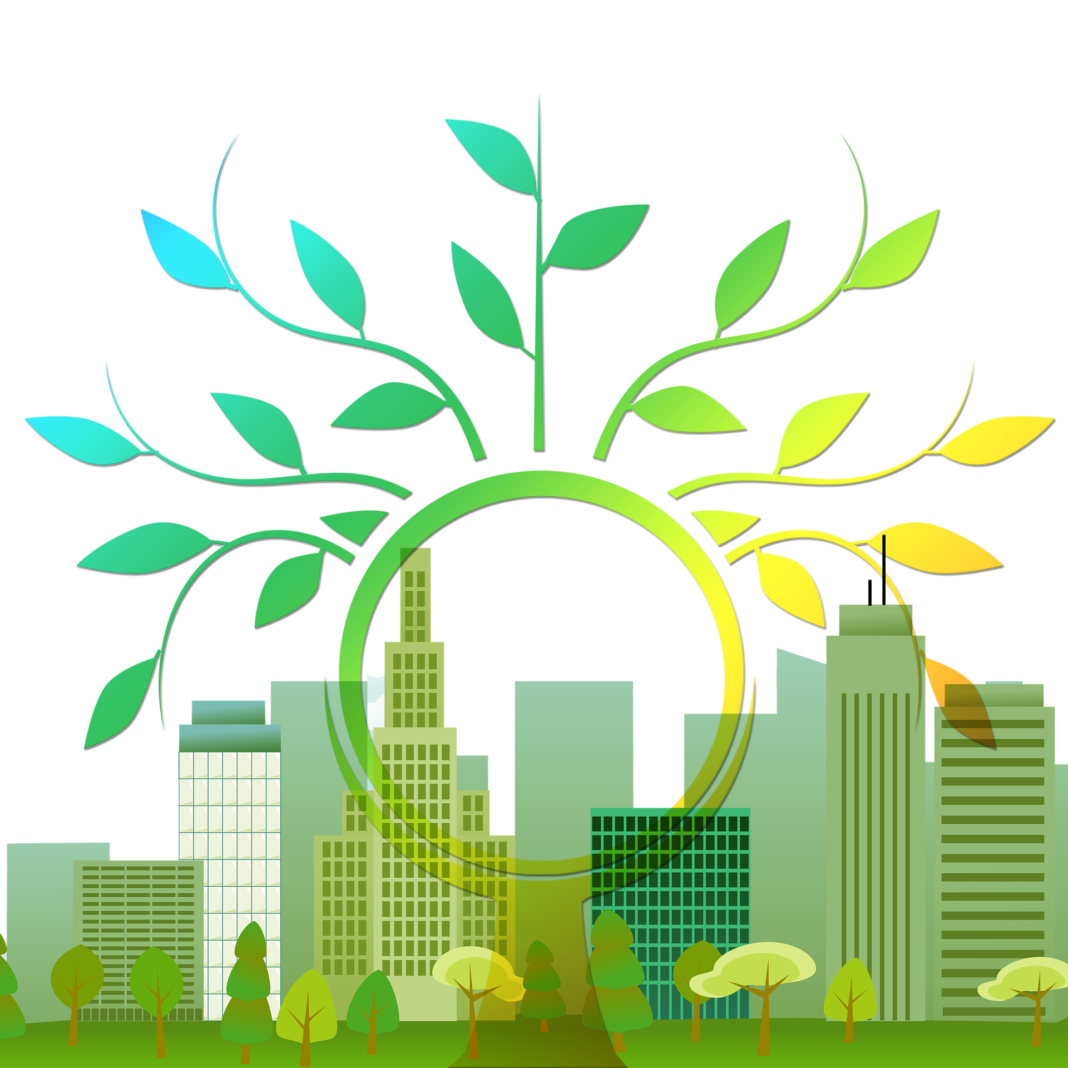 The population of Africa has been growing by an average of 2.5% over the last 20 years and is projected to double to nearly 2.5 billion people by 2050. As the world’s most rapidly urbanising continent, the proportion of Africans living in cities is expected to exceed 60% by 2050. Africa and Asia are predicted to lead global urbanisation in this period, contributing 90% of the 2.5 billion new urban denizens.

Africa’s future is urban. This could be a good thing as the concentration of massive population centres on the continent will create new dynamic markets for local and foreign investment. By 2040, Africa will host the youngest and largest workforce globally concentrated in urban centres with considerable consumer spending. With a healthy endowment of natural resources and human capital, Africa could quickly transition into a manufacturing powerhouse catering to its cities. The African Continental Free Trade Agreement (AfCFTA) will be a significant factor uniting the potential of different parts of the continent. It will also be a strong basis for cooperative thinking to maximise infrastructure utilisation and leverage comparative advantages to improve trade efficiency. African urbanisation can be leveraged towards the AfCFTA goal of improving intra-African trade as cities provide ready markets for locally-produced goods, and improved intra-African trade can be leveraged to make African cities sustainable.

The rapid urbanisation of Africa could, however, also been described as an imminent crisis if proper plans are not made to mitigate the social, economic and environmental problems associated with population growth. Urban centres are a useful aide to civilisation as they concentrate significant portions of a nation’s population in centres where economies of scale can ease service provision. However, urbanisation without economic growth increases demand, and therefore the cost, of both public and consumer services. Optimism about Africa’s urbanisation is frustrated by as yet unsolved questions on unemployment, housing, infrastructure, water, environment, and health and safety. These problems pose a threat to the future of sustainable development and human security on the continent. Unplanned or inadequately managed urban agglomeration impairs sustainability by creating dense cities with low standards of life and fragile institutions that are unable to intervene and remedy the situation.

Sustainable development is defined as development that meets the needs of the present without compromising the ability of future generations to meet their own needs. It hinges on intra- and intergenerational equity that conceptualises prosperity as being both accessible to everyone (especially the poor) and deliberately confined to the limits of the planet’s ecological means. These limits are imposed by the need to use resources while mindful of the efficiency of current technology so as to not deplete or degrade ecosystems. Unsustainable urban development is a real risk in Africa. If the growth of urban centres is not matched by an increased capacity of cities to comfortably accommodate its population, the economic benefits of urbanisation will simply not support Africa’s urban population.

Sustainable urbanisation correlates rural-urban population migration with rural-urban productivity migration. Typically, this entails rural agriculture contributing less and urban manufacturing and services contributing more to an urbanising country’s national GDP. Ideally, urban population growth should be caused by and then complement economic growth. Many Sub-Saharan African countries have however seen growing urban populations without a complementary increase in urban productivity in a trend described as urbanisation without growth. This has been a significant point of departure in the urbanisation of Asia and Africa between 1990 and 2016 as illustrated by the figure below.

Policies directing at proper preparation for an urban future are an important part of the Sustainable Development Goals (SDGs) as urbanisation is inevitable. SDG 11 envisions inclusive, safe, resilient and sustainable cities that reverse the trend of urban poverty brought about by inadequate opportunities for economic security. Urbanisation without growth places a heavy tax on the ability of urban populations to meet their needs in a healthy environment. With the expected boom in Africa’s urban population, the future of the continent’s social and economic health is predicated on decisive action in the present. Sustainable urbanisation requires that cities generate adequate income for public and private spending, provide essential infrastructure, and promote a healthy environment.

Urban centres are loci for innovation, creativity and investment with concentrations of young, connected and educated people working in ready markets. The efficiency of contemporary technologies is a significant limiting factor of the value we get out of limited resources—and therefore limits the sustainability of human activities. Improving the prospects of urban dwellers with limited resources, therefore, depends on technological innovations that reorganise human activity into more efficient modes.

Improving energy access and utilisation—particularly electrical energy—is an essential factor in facilitating the organic growth of economic opportunities in urban areas. For instance, the proliferation of energy-efficient bulbs and appliances has made it possible for electrical energy to be affordable to more people while decreasing the burden on Africa’s electricity grids. This has been instrumental in bridging Africa’s electricity access gaps and unlocking electric tools such as lighting and machinery which allow Africans to be more productive for longer. Africa’s digital economy is a rapidly growing cause for optimism about the continent’s ability to generate income. It reorganises economic activities to allow more people to interact with each other at lower and lower transactional costs. Commerce, communication, transportation, entertainment, governance, health, finance, utility access, and education are just some of the sectors that have benefitted from transitions into e-spaces. These innovations contribute to the improved quality of life of their users, create employment for their providers, and generate revenue for the government.

The digital transition is expected to be an even greater disruptor to the future of jobs in Africa. This optimism is, however, coloured with concerns that digitisation will displace industrial jobs. Africa’s aspirations, as captured by the AfCFTA, include growing Africa’s industries to cater to African demand. The efficiencies that digital innovations introduce to supply chains are a desirable complement to having more African industries supply African demand. There is, therefore, need to balance technological innovation for the digital economy with technological innovation for industries. While improving the affordability and efficiency of energy access is central to growth in both the digital economy and industry, securing the sustainability of affordable and efficient energy in Africa is central to the long-term prosperity of the continent.

Both the incipient industrialisation envisioned under the AfCFTA and the unavoidable urbanisation of Africa will place enormous demands on the continent’s energy supply. The Atlas of Africa Energy Resources indicates that Africa has the lowest per capita energy consumption of any continent. Despite this, current energy supply is insufficient for current demand with close to half of the continent having inadequate or no access to electricity.

The Atlas reports that combusting fossil fuels (42% being oil) accounts for 80% electricity generation in Africa with hydropower plants contributing 16%. The total electrical energy generated in the same period was 570,678 gigawatt hours. Africa has 7.5%, 7.6%, and 3.6% of the world’s proven gas, oil and coal reserves respectively. It is expected that technological developments will improve the efficiency of both the electricity and consumption of electricity, but also that Africa will grow to be the third-largest source of demand for fossil energy. Africa cannot depend on fossil fuels for 80% of its electricity needs when it holds a much smaller share of the world’s reserves of these rapidly depleting energy sources.

Thankfully, Africa holds enormous potential for generating electricity through renewable energy sources on the continent. Current estimates indicate that well over 15, 110, and 1000 terawatts could be generated from African geothermal, wind, and solar plants respectively with even greater numbers possible as technology improves the efficiency of electricity generation. This is more than double the electricity generation reported by the Atlas.

Africa’s energy gap impedes the realisation of its people’s potential. Indoor air pollution associated with the use of fuelwood for cooking and heating kills an estimated 600,000 people each year. A lack of electricity frustrates the delivery of health services and leaves African children comparatively worse off in terms of education. Efficiency improvements in business and industry that could be made using electric appliances remain inaccessible and expensive to many. For those with electricity, the overreliance on fossil thermal production leaves them vulnerable to external fluctuations caused by disruptions to fuel supply and the imminent depletion of fossil fuel reserves. Burning fuel for energy also creates considerable pollution. These problems are likely to worsen with increased energy use driven by growing digitalisation, urbanisation, industrialisation and population growth. They illustrate why a commitment towards a future of renewables is imperative for the development not just of sustainable cities, but a sustainable and thriving Africa.

The energy gap has led innovative minds to develop alternative energy solutions for those who need but cannot access electricity, such as solar power in Kenya. We do need, however, to think about renewables as the future of electrical energy generation rather than a convenient stopgap. Through rose-tinted glasses, current electricity gaps can be seen as the absence of heavily-polluting and unsustainable energy generation. Africa’s renewables transition is comparatively devoid of sunk costs in this way, but there are more compelling reasons for the shift.

Firstly, the current means of electricity generation do not meet current demand for electricity. This is despite Africa having the lowest per capita use of electricity on the planet. Increasing the use of electricity for productive activities is an unavoidable step in the continent’s journey to becoming a manufacturing powerhouse with a strong consumer economy.

Secondly, energy security is a big concern where Africa’s most important source of energy, fossil fuels, is predominantly located off-continent. A growing global population with increasing energy demands will make the cost of lighting up Africa even higher than it is now. Disruptions to fossil fuel supply, which are not unheard of, will prove to be even more crippling when billions more lives are at stake.

Thirdly, there is growing support for the phasing out of fossil fuels in favour of clean and renewable energy sources. This is driven both by the understanding of the imminent threat of climate change and also that adequate supply will soon become a problem. In light of this, there is a global trend towards renewable energy investment. Africa’s future cities and peoples need to not be left behind. Sustainable urbanisation on the continent needs reliable and affordable power. With energy-consuming activities being concentrated around densely populated urban areas, clean energy will dramatically improve the health outlooks of urban populations.

Lastly, Africa is uniquely positioned to benefit off of the shift towards renewable energy generation. Many of the minerals essential to global energy transitions are available on the continent. Congo DR holds over 60% of the world’s cobalt reserves, and South Africa holds over 70% of the world’s platinum. With simpler intra-African trade under the AfCFTA, Africa could become not just a source for these raw materials but a capable manufacturer of its own power-generating equipment, if not a leading global exporter.

The most daunting aspect of Africa’s growing urbanisation is the possibility of African cities developing into focal points for socio-economic crises. While energy security is not the end-all-be-all determiner of peace and stability, energy powers human productivity both within cities and in industrial and agricultural areas that support city dwelling. With a strong commitment to developing renewable energy expertise, technology and networks, African countries can not only secure their future energy security but also play a leading role in the global transition towards clean energy. 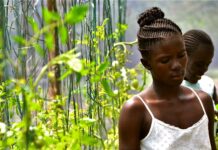 Is The Youth Included In The Future of Kenya’s Agricultural Sector? 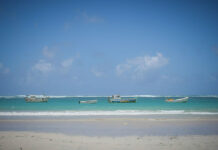 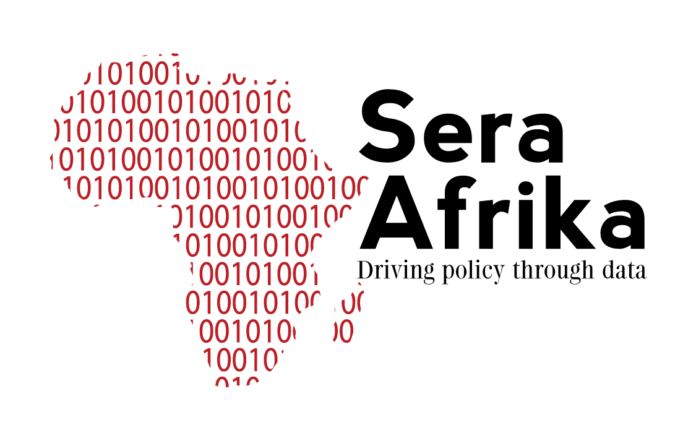